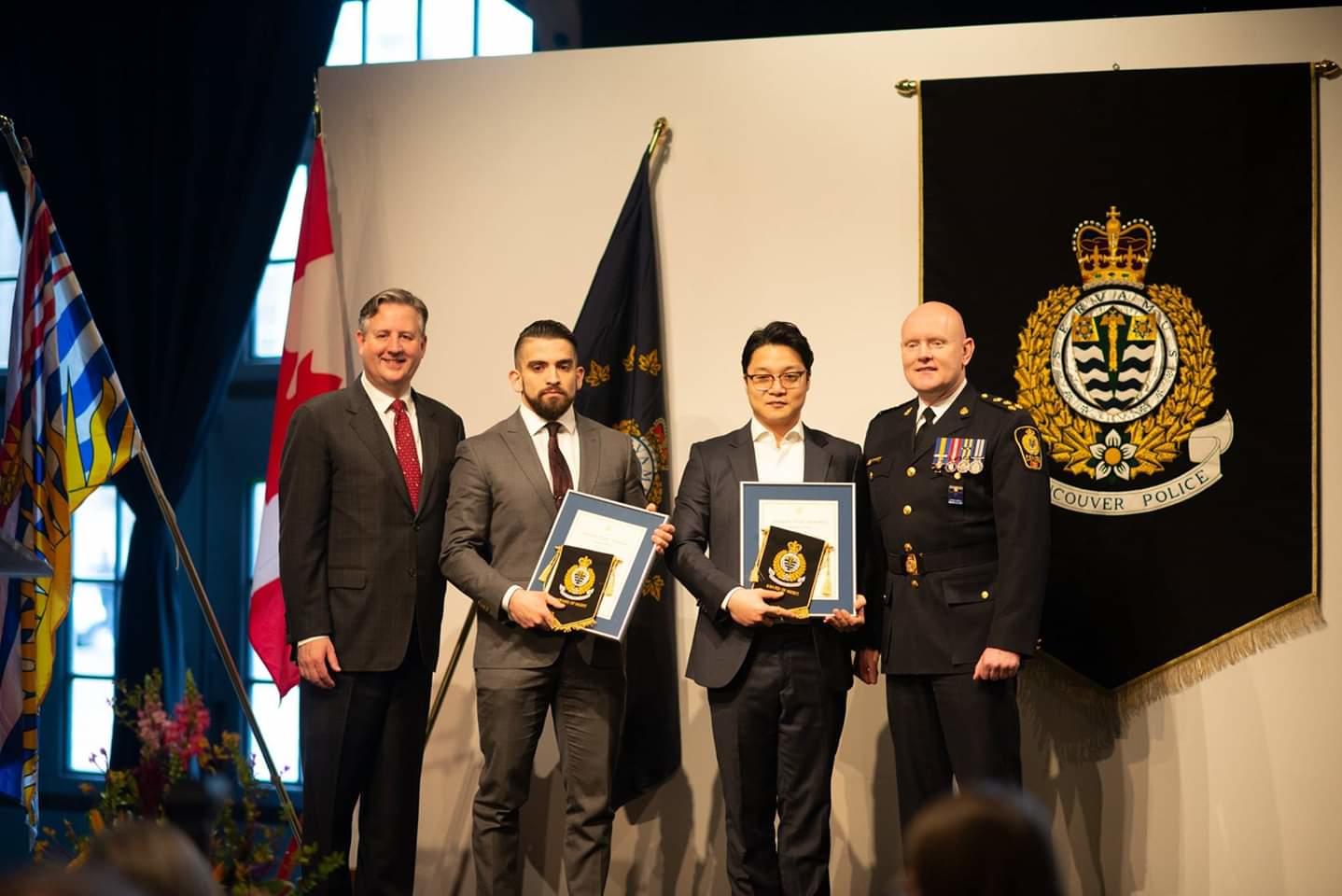 For disarming a man with a knife, Corporal Matthew Carvalho from the Seaforth Highlanders of Canada was awarded the Vancouver Police Board’s highest award for civilian bravery, the Award of Merit. “Matthew Carvalho was sitting outside when he heard the incident unfolding. He ran to the front door and saw staff and customers trapped inside. He opened the door, and the suspect rushed toward him with the knife extended.

Matthew closed the door to prevent being stabbed, and the man locked the door. Matthew then forced the door open and tackled the suspect to the ground. Mr Jaewoo Lee and Matthew worked together to disarm the man and hold him until police arrived. They both sustained injuries in the process.

For their courageous and selfless actions in putting the safety of others before their own, and ensuring a violent man armed with a knife was apprehended, Mr. Matthew Carvalho and Mr. Jaewoo Lee are awarded the Vancouver Police Board’s highest award for civilian bravery, the Award of Merit.” #YourArmyinBC #CAF #IntheCommunity #Vancity #VPD #police #closeprotection — Photos by Private Daniel Pereira 39 CBG Public Affairs

Sorry, the comment form is closed at this time.